“You’re good enough,
you’re smart enough,
and doggone it,
people like you.”

Although we all love many of the characters Al Franken created in his comedic past, his character Stuart Smalley has become a frustrating part of our culture’s tendency to deflect actual feelings and self-awareness. This is especially true in the case of men, who are far too prone to minimizing their emotions. As such, Stuart Smalley has become a real thorn in my side when I work with men.

We men tend to grow up hearing things like “big boys don’t cry” or “stop crying, that didn’t hurt.” We also get called names like “sissy” or “pansy” or “pussy” for experiencing an emotion that is considered weak like hurt, sadness, or pain. When we tell little boys these things it teaches them to not be ok with experiencing these important emotions. That lack of experiencing those emotions turns into men having two emotions and a move: anger and rage for emotions and the “move” of withdrawal. Men don’t learn to say or be ok with hearing “I felt hurt when you did/said____” because doing so would be turning in their “man card.”

Part of the process of experiencing emotions for men is for them to be told it is ok to feel it, and that when they do feel it (and share it) that they are still acceptable as men. This is often times a hard sell. Men spend a lifetime learning how to stuff feelings and when they get into a relationship they’re confused when they feel hurt or upset and don’t know how to voice those emotions. It comes out as anger and rage.

The female partner is hurt about something and thinks she can’t share it with her partner because he’ll get angry. The male knows something is wrong and will ask ‘what’s wrong?’ Typically the answer from the female is something like ‘nothing’ or ‘you should know’ or ‘I can’t believe you don’t get it’ followed by silence or distancing. This upsets the male and he starts to get angry. 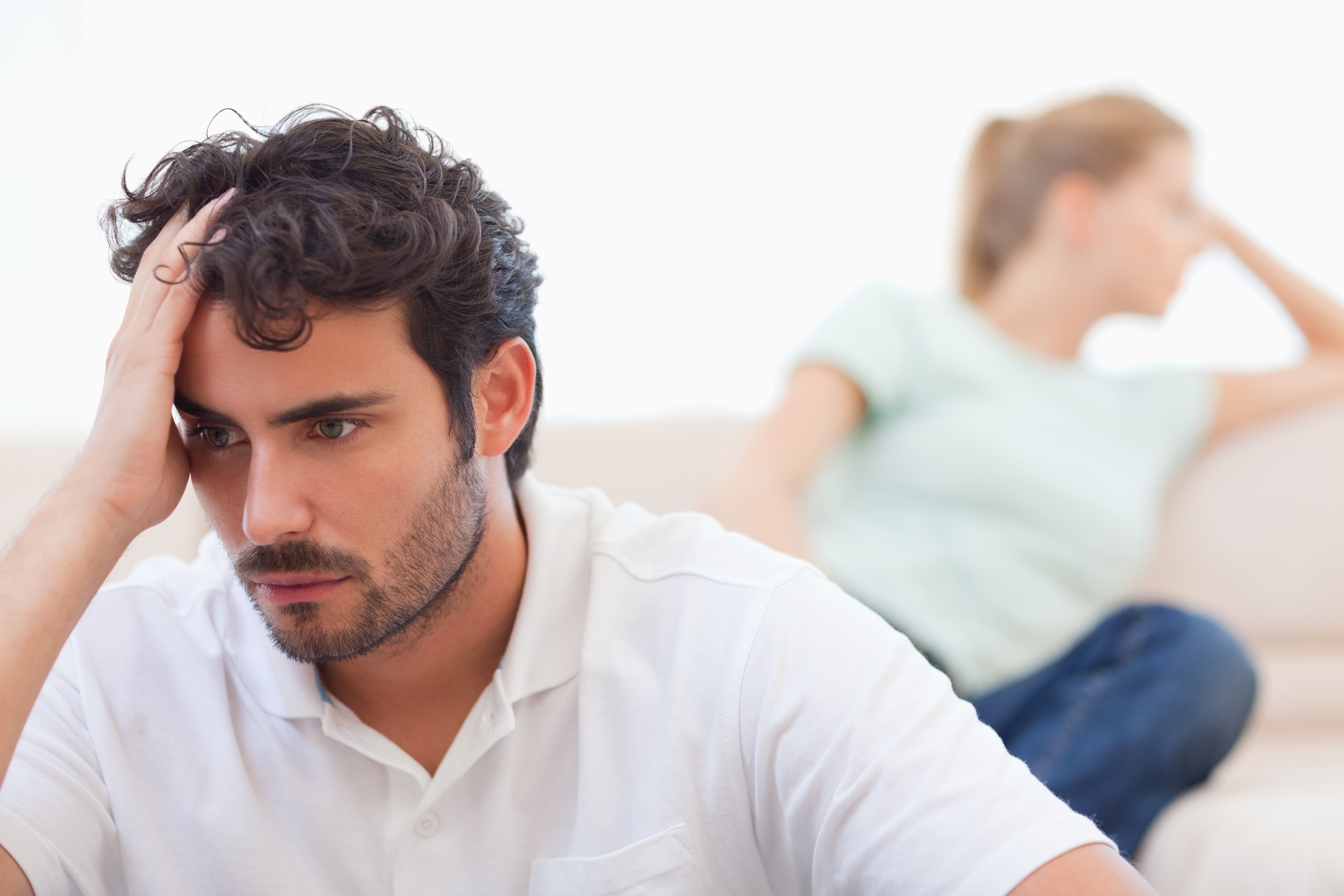 When I point out the couple’s unhealthy conflict dance and ask about the anger, the male struggles and keeps repeating how angry he is. I have to keep asking “why” and even nudge him along, saying something like, “It sounds like you’re hurt.” It typically takes me repeating this line before I get any agreement–and the agreement is typically in the form of “Well, yeah, I’m hurt, but I’m angry!”

Moving From Anger to Hurt

Now it’s necessary to reinforce. “Yes, you’re angry because you’re hurt and probably feeling dismissed and unimportant.” This is when the breakthrough happens and I’m met with eager agreement. But I’m not done yet, and I drop the bombshell: “That’s what you should say versus getting angry. For example, when you walk away from me and shut me out I feel dismissed, and unimportant and that hurts!”

The response from the female is usually one of “I didn’t know you felt that way and I’m sorry but……..” It’s at the “but” that I cut them off and say, “Just let that sink in a minute. Think about what he just said.”

So what does this have to do with my extreme dislike of Stuart Smalley? It’s because of what follows this breakthrough.

I will next ask the male who yelled or hurt him as a child. By now the answers come quickly and stories range from a mother who was a yeller to a father who was a bully but can get worse when the stories change to those adults inflicting some sort of physical pain on the child. This is when I tell them, while looking them straight in the eyes, “I’m sorry that happened to you.”

A typical reaction for the male is him to shrug this off and say something like “I probably deserved it.” After reminding him that no child deserves that I also explain the long-term ramifications of these experiences. When men experience these traumatic events in their childhoods or are told to not feel something, the message is that they don’t m

atter, that their feelings don’t matter.

When our feelings don’t matter, our essence doesn’t matter.

“You matter! Your feelings matter! Who you are matters! I’m going to tell you something you probably have never heard or not heard enough: you are worthwhile, worthy, lovable and precious simply because you were born!”

This is when I’ll hear Stuart Smalley’s name brought up, almost every time. They’ll mention his name, recite the famous line, smirk, and think this is their way out of connecting with and being ok with the intense emotions they’re feeling.

But I don’t let them off that easy because it can negate the level of self-awareness that the male just experienced. I want them to know:

YOU DO MATTER. Your feelings are worthy of existing out in the open. You are worthy, worthwhile, lovable, and precious. Don’t let a stupid comedy routine and backward societal view remove that fact.

This is an intense and highly emotional experience. Many times it is the first time these men have heard something like this and it can be overwhelming. Which is why it is so important to not let a joke (a deflecting mechanism) take away from the magnitude of what is happening.

I fight the Stuart Smalley character regularly and as a result wish I could eliminate those skits from the Saturday Night Live canon. It emphasizes and epitomizes an outdated societal view that men should not be allowed to experience and show emotion without ridicule.